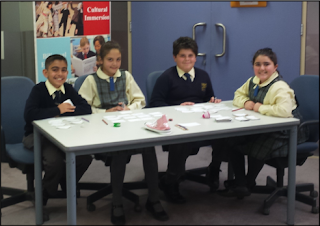 On Wednesday, May 20 the Sydney Japanese School hosted the second debate for the Interschool Debating Competition. The topic  was “We should all buy Australian grown food”. Alexander Primary was the negative and our opponents were the John Colet School as the affirmative.
The negative team consisted of Taniel as first speaker, Tzolare as second speaker, Matthew as third and Talia was fourth speakers.
Taniel started his case by defining the topic and putting forward a strong case line that “We should have the choice to decide”. He used strong arguments as to why we need to import food and outlined many reasons from economic to availability of the product and very simply for having the freedom of choice.
Second speaker Tzolare was there ready to rebut many of the points that the affirmative team put forward and she did this with ease. She went on to inform us about the benefits of imports and the negative environmental effects of farming and grazing in Australia. She argued that international trade is responsible for much of the development and prosperity of the modern world. By also stating that trade increases competition and lowers world prices she deduced quality of foods is likely to increase as competition encourages us to make our products better.
Matthew, our third speaker came out strong and was able to rebut everything the opposition had said and summed up his team’s case. Talia was our fourth speaker. Her role was to help with any rebuts if needed and to thank the other team for a very challenging debate.
Both teams had strong speakers and had researched the topic well to present excellent arguments. It was very closely fought, with our team coming up with the win in the end. Well done debaters!

Debating News: DEFENDING CHAMPIONS OFF TO A GREAT START! 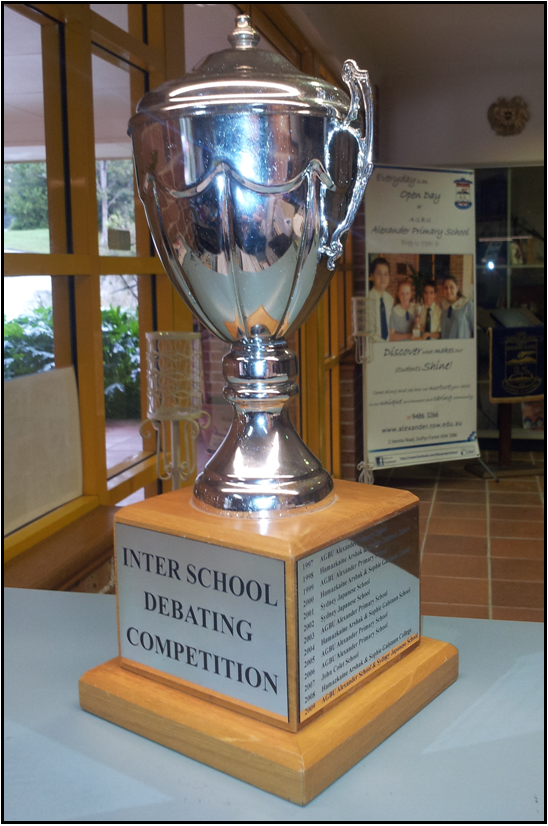 The debating season is again upon us. On Wednesday, 6th May our school hosted the first debate. In this competition we will be competing against Year 6 students from The German International School, Sydney Japanese School, John Colet and Galstaun College for the Interschool Debating Trophy.

In our first debate we opposed Galstaun College. The topic was ‘Sports Stars should not be role models’ and we were on the negative team. The negative team consisted of Taniel as first speaker, Tzolare as second speaker, Nina as third speaker and Matthew was fourth speaker. Samuel took care of the time keeping and Talia was the chairperson.

Our team was able to use strong arguments and well thought out rebuts. We spoke clearly and were able to convince the adjudicators that we presented the stronger case. It was a great round one result! Well done team!